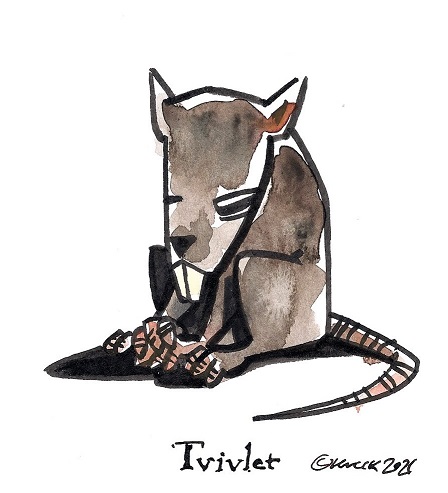 Yes, there is doubt Once, many years ago, I heard an interview with the Swedish writer and comedian Jonas Gardell. In it, he said that he was just waiting for someone to show up one fine day and say “You can’t do this! You are a fraud!” It was for me a defining moment in life to hear a recognized and well-established writer like Jonas Gardell openly admit these unpleasant feelings of inadequacy.

It’s called doubt, sang a young Lars Winnerbäck and it sure is, it’s probably doubt that gnaws! Right now we live side by side again, Doubt and I. I mean what kind of coverage do I have anyway? I don’t have a single, or at least very few, documents that show that I can do any of the things I claim to know. And of course, that’s a good thing for Doubt!

Doubt creeps in and demands proof, in writing. I shrug my shoulders and say that unfortunately, I have nothing to show. You just have to believe me, I say. To that, I only get a snort in response. I then think of Jonas. He doesn’t have an easy time either, I think. We all walk around doubting ourselves, in terror of one day being exposed. In the meantime, as long as what must not happen does not happen, we continue to work. And hope no one notices that we are only amateurs and laymen.

But the doubt remains. In her dreary corner of the room, she sits and throws small, hard lumpy balls of paper at me. So that I won’t forget that she is sitting there. It is very annoying!

“Disappear Doubt!” I finally try, but not without a tremor in my voice. In fact, I swallow half the sentence, for I realize the impossibility of chasing her away. She is not an evil being, not an evil God, not an evil force. Unfortunately, she is just a part of me. Something I have to work with.

But like Jonas Gardell, I want to openly admit that I also dread the day when someone will say “You’re not good enough!” Until that day, I work on, with Doubt close, close by my side. But I’ve heard that talking about ghosts or lifting these shadows out into the sunlight makes them less scary.

The next time Doubt shuffles across the floor, I pull back the curtain and let the sun peek in. “Come into the light, I say.”

Mattias Kvick is a freelance cartoonist, artist, illustrator, and writer. Much of what he does is created in his studio in central Alingsås, Sweden, but the writing usually takes place in front of the computer in a small messy corner of the home in the same city. Mattias has worked with people with disabilities for over thirty years but in recent years has completely devoted himself to various freelance jobs. Mattias has appeared in a number of books as an illustrator, including the children’s book “Jag brukar vinka till en sten”, by Karin Askerin, Idus publishing house, and “Tiden är människornas ängel”, by Anna Widerberg, Visto publishing house. Since 2014, he has regularly drawn news pictures for Alingsås Tidning under the heading Kvicktänkt. During winter 2021/Spring 2022 he was represented with four works on Nordic Salon for contemporary art at Dunker’s Cultural Center in Helsingborg. In the fall of 2020, Mattias debuted as an author at Lange Forlag with the children’s book Pensionat Solvändan where he was responsible for both text and illustration. In 2022 an audiobook of Pensionat Solvändan came out with him as the narrator. He is part of team Lange and works with the production of our releases as an editor among things. 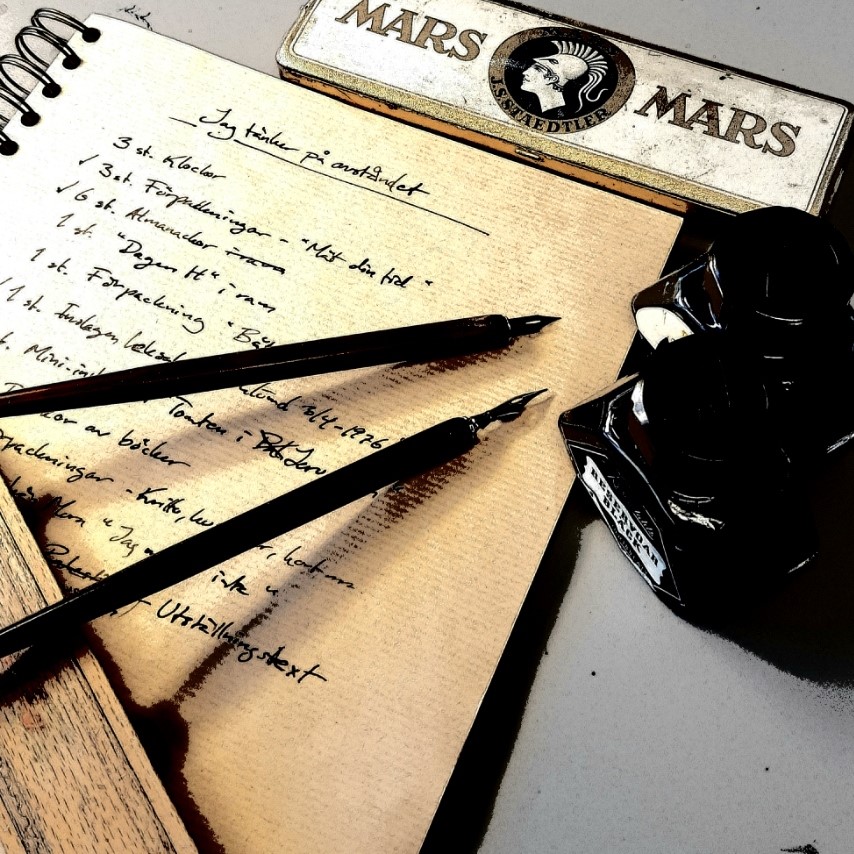